‍The Journey To, and From, Product-Led Growth

Scott frequently gets questions about Atlassian having a PreSales team but no sales team - which isn’t quite accurate. It used to be true because they’re an original PLG company - you went on the website, swiped your credit card to buy, and told your friends about it. But eventually that hits a wall in growth. Now their motion has evolved incrementally. Back in the day, their big spenders eventually wanted to talk to someone and had more specific needs, so they had SEs called product advocates who were low touch and reactive.

As those accounts kept growing, customers wanted more - no one is swiping a credit card for a $3 million deal. They introduced a sales team and SEs to augment that motion and went from all PLG to a meaningful enterprise salesforce. Now their flywheel generates leads, they hit a certain threshold, and the SE is there to take it from a low six-figure deal to where it could be.

Rob’s journey is very different - Guru went from sales-led to PLG. People often think about those options as a binary. But at Guru, it was really about coming to the  middle, just from the opposite direction as Scott. They wanted to move toward PLG for the usual reasons (greater efficiencies, changing consumer behavior, and the increasing power for end users to be product champions).

Guru, in particular, is a knowledge management system that helps people avoid asking a person and so it’s a natural fit for building a community. They found that being totally self-serve was not really viable because the product was simply not designed for that. Plus the system needed some buyer education, and there could be a complex buying or security process. So they landed in the middle.

The future, Scott says, will be in that middle area. The totally product-led companies will be new entries into the market. And B2B enterprise companies will covet that motion because of the lower costs. The really compelling thing about being an SE right now is that the future is in both motions. Where you are right now as a PreSales leader should be understanding the arc of your team’s journey and plugging in the right tools. It’s an exciting time to be a leader, as you can be propelling the company and your career forward together.

Scott notes that Atlassian went from a  low-touch model to introducing SEs which are high-touch, so they’re trying to be more efficient with those resources. At the same time, finding the middle ground means embracing technology (like Consensus) that bridges the gap between self-serve demos and bespoke ones. Once you find that connective tissue between models, that’s how you get it done.

And Atlassian has injected their own technology into things as well. Buyers want a facilitative process so they can get their hands on the product like a free trial, but when they can’t do it, they have a launchpad that gives you prompts and embedded videos with a custom data set. Then the PreSales team can garner insights to understand where people interacted with the technology, what they want to do, and then layer on SE resources to bring them through to the finish line.

Scott says there’s product-led growth and product-led sales, which are often confused but are actually different. Going into PLS is a natural first step. This can mean cutting a couple of videos for your website or something fancier to show your product as part of the sales process, or whatever works for your product. If you wait until you’re promoting your first SE, then suddenly you have a heavier selling motionand are creating all of these bespoke demos and soon need to backtrack, so start thinking about technology options to scale as early as possible.

Rob notes it’s important to figure out early on how humans can help. One of the big things with going product-led is that people may want to see your product earlier in the buyer journey than you’re comfortable sharing in a traditional sales-led process.

Let’s say you’ve launched a freemium offering but it’s not optimized for people to use themselves from the get-go, or you have no way for people to get their hands on the product but they’re demanding it. At Guru, they’ve found that leaning into human-led group demos and trainings at the top of the funnel is super effective and scalable. He didn't expect that they would get the very positive feedback and performance, like much higher conversion rates, that they did. But customers love it because they get human guidance while seeing and feeling the product early. They’re probably not ready to talk to a salesperson yet - so talking to a human but not a commercial one is great. If PreSales leans into giving people a human product expertise without tying up SE resources at the top of the funnel, it can work really well.

Rob says your most important partners internally will depend on your goals. If you’re thinking about making a full PLG shift, there’s going to be a different and larger swath of people to engage than when you’re just adding in some PLG tactics.

When you’re shifting to a very product-led motion, you need to engage a demand gen marketing team to open the top of the funnel and create much more demand - that was a very big shift at Guru. Then you’ll also be working closely with product - there are things we know as PreSales leaders getting the technical win they need to understand if they’re opening the product to be more self-serve. And you need to understand and engage with customer success and support, mostly to understand the lines between functions, since more growth will be coming after conversion with full PLG too.

If you’re just leaning into more product-led experiences and tactics, then the most important person to talk to is your customer. Find out where people are hitting friction in the buying process. Do they not understand market solutions, or your solutions, or are they struggling to get sales to take them seriously? Then you can take those learnings and lean into tactics to develop the right PLG motion.

Scott says when you’re looking around the curve of a PLG company, you’re selling the product, not the solution. When the product sells itself, you start to lose that essential connection to the solution underpinning it.

And when you’re an enterprise company that is very focused on the buyers of the software, you understand that the people buying it might not be the people using it. That understanding doesn’t come naturally to fully product-led organizations. You might find you don’t have the assets you need to effectively connect with your enterprise buyers, because you’re so accustomed to focusing on end users.

At Atlassian they figured out this shift by first acknowledging it. They also said one day they would have a solution-oriented team but right now they needed to figure it out, and so they carved out SE time to do solution development ( organization by guilds in topic areas across the globe). What you shouldn’t do as a PreSales leader is just sit there and complain you don’t have the assets you need to sell to enterprise. It’s just not in the organizational DNA to work like that - you need to be proactive, make the changes yourself, and over time  you’ll impact the company’s strategy instead of just giving product fixes.

The Future of PreSales

Scott says expensive SEs are still going to be needed at the end of the funnel. More buyers are getting savvier as you spin off the flywheel, and so the down funnel need for bespoke demos is where the real value-added SE comes in. They understand the business problems, can work the whiteboard, and craft the perfect value statement to connect with these enterprise buyers.

We’re seeing as buyers become more empowered, expectations for interactions with sellers are more bespoke and technical because they're more educated, so the value add of an SE is greater. But when does that happen? It’s definitely somewhere in between $2-5 million, it depends on the financial model of your organization and what you want to do. You’ll never lose the essential  role of PreSales - that learning muscle and talking directly to customers, not just to the field.

Rob says they have a role under the PreSales function called the product specialist -people who are junior and not ready to go meet with executives, but they know the product, use cases, and have their customer hats on. They’re at the very top of the funnel before the high touch SEs, but can guide people down the funnel. It also creates internal career paths.

Also pooled modeling is interesting - he’s seeing pooled models be effective when you’re doing more with less. You lose a little customer touch, but technology makes it more digestible than before like using Gong for conversational intelligence, ChiliPiper for routing, etc. Pooling allows for efficiencies and they’re leaning in, especially with the macro economic climate right now. 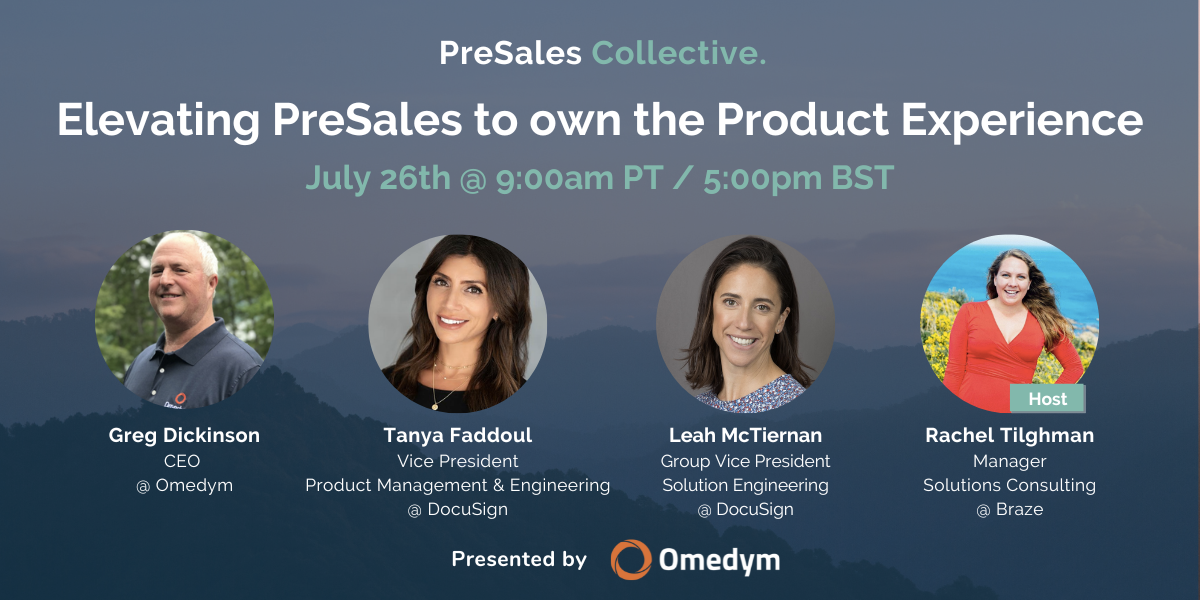 Elevating PreSales to Own the Product Experience 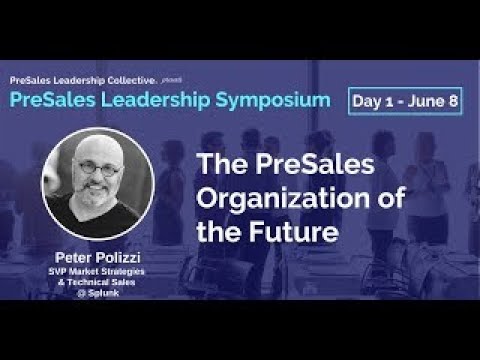 The PreSales Organization of the Future by Peter Polizzi 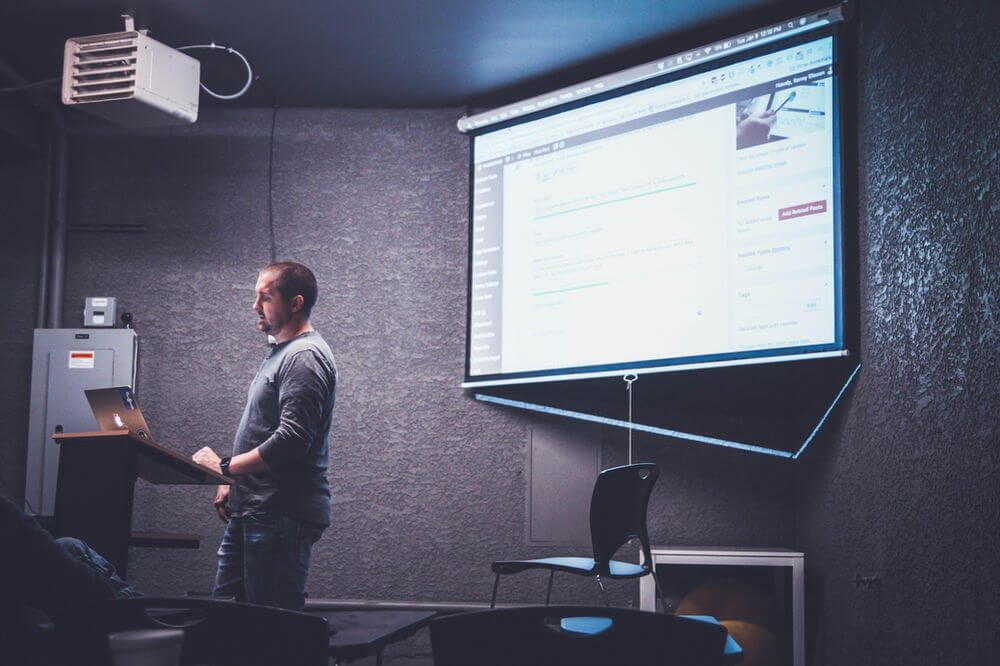 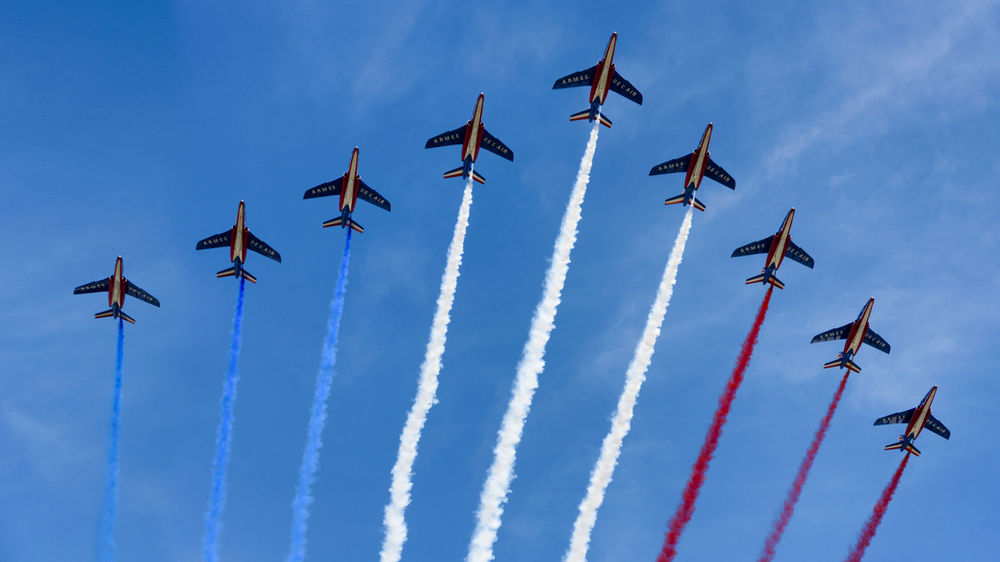 Your Technical Sales Are The Unsung Heroes Of Your Business