As the competition for skilled PreSales talent grows, there’s a clear need to hire people who don’t fit into the typical PreSales mold. But how can you find the people who have the potential to be successful, but might lack the traditional credentials? At the recent PreSales Leadership Collective Executive Summit, our experienced panelists gave their views and expert advice:

Amin Ibrahim, Senior Director of Value and Solutions at Hootsuite

Amin says that his most extremely risky recent hire was a country singer with a day job in recruiting, and a background in performing arts. He hired her based on the SE profile they needed at the time and knowing which skills were trainable - and it turns out she’s a huge success.

Prospects go away from her meetings and demos thinking, “that was really fun!” She needed to learn about technology and simplifying her approach, but her knack for telling stories and getting people excited has made her successful. Hiring the same people over and over has diminishing returns, so diversifying pays off.

Julia runs an associate SE hiring program, which takes people with 0-3 years of SE experience and lots of potential. Last year she had a candidate who had SE experience in a non-relevant industry but didn’t have a computer science degree, and decided to take a chance even though that’s typically a requirement.

And the success of this SE inspired her whole team to think about soft skills in addition to tech expertise when hiring. This candidate had an uncanny ability to own the room - telling stories and asking great open ended questions. Julia brought them aboard, and despite the risk this was one of the most successful hires all around. It inspired her to reevaluate how the program looked at candidates - focusing on ones with technical curiosity and soft skills, and less emphasis on college degrees.

Brendan says a few years ago, he hired an SE with a traditional background and plenty of experience who was great for three months. Then suddenly on a customer call one day, he disappeared in the middle of the call, and they never heard from him again. He had actually never resigned from his previous job during the onboarding process and hoped he could handle both. But after onboarding it became clear to him it was too much to hang onto two jobs - so he ghosted.

This experience felt strange as a manager because he never got closure. In retrospect, there were some red flags but they were growing really fast and sometimes in those times we tend to take shortcuts because there’s not enough bandwidth. Hiring someone with a traditional profile doesn’t mean you don’t need to do full analysis for fit on the team.

Julia says she found in some candidates if they rely too heavily on what they look like on paper, they miss the most important traits for success. One person has excellent technical experience and a computer science degree from a top university. She brought them on board, but it soon became apparent that they had a lack of love for learning and little technical curiosity. And those are the foundational traits for successful SEs. The person was not successful in the program, but they learned what to focus on from that experience.

How to Evaluate for Soft Skills

Julia mentions that to succeed as an SE, you have to have an uncanny balance between technical expertise, high emotional intelligence, and great presentation skills. The list goes on and on for that elusive “sales engineering unicorn.”

One hurdle she’s found is that because she’s hiring for folks who are early in their SE career, she can’t ask typical soft skills questions that would work for experienced SEs. One of the most important soft skills she looks for is coachability - it’s critical for success in the program. Their participants need to be able to take feedback and apply it effectively to their development.

One key thing she’s implemented to test for these skills is a dry run before the final interview. The candidates get a demo prompt for the final round of the interview. But before that, they do a dry run for her team which allows her to offer feedback and coaching. Then they can evaluate how the candidates incorporated that feedback into their final presentation.

Brendan notes that there are traits they always look for in SE candidates: emotional intelligence, coachability, optimism, and resilience (especially in smaller orgs like startups which are more chaotic). And these skills don't necessarily need to be related to professional experience.

For EQ and curiosity, which are tricky to measure, he works to get into casual conversation with people and ask about their life stories - this can pull at the threads of what they have gone through in their lives. By asking the right questions, you’ll be able to get a deep analysis, their own understanding of their experiences, and a sense of their curiosity to understand what’s around them.

Amin asks people to demo the company product in the interview. He purposefully gives vague-ish directions for the demo, which leaves a lot up to the candidate. He wants people who are not afraid to ask questions, break the rules, and get creative. Also, if their final presentation has potential but isn’t perfect, he’ll give feedback and offer another chance. This gives him a way to weed out people who look great on paper but are just not good fits.

Julia says that from a compensation standpoint, around the nine-month mark her team looks at the progress program participants have made and adjust their salary accordingly. This means there’s not such a bump to the SE role, and they get to where the industry expects people of their tenure to be.

She also points out that compensation is only one reason why people stay. Development and culture are also really important. If you help people understand their career trajectory, build a solid 2-5 year plan, and create a good culture, plus compensate them appropriately, this is a recipe for strong retention (her program has 100% retention!).

Amin comes from a non-traditional background himself (marketing and international business major), which has helped him to be different. He suggests building your hiring process to compensate for everyone’s weaknesses. For example, if you have someone who is great at executive presentations but not great at coding, maybe then look for someone who can help with coding. This allows you to build a system that brings in different skills to connect with any type of customer and speak their language.

Brendan cautions not to rush to hire from a non-traditional background, especially if you’re small and growing fast. Small organizations in hypergrowth usually aren’t able to offer a lot of support for growth and coaching which those hires need to unlock their potential. You don’t want to hire people and then let them down - and let them drag the team down too. 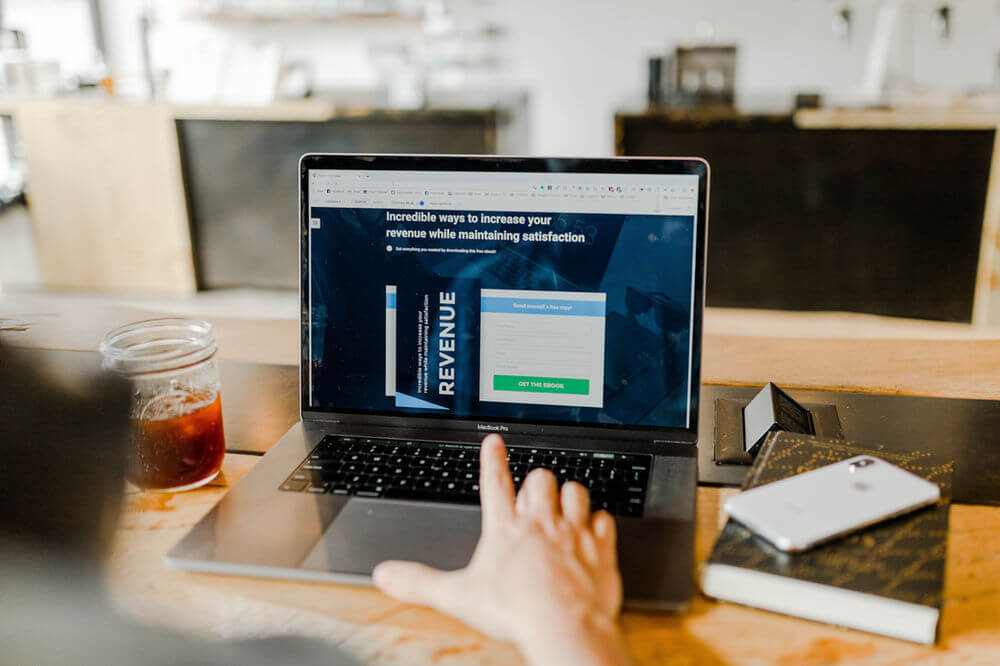 Drive revenue at scale by improving collaboration and empowering PreSales 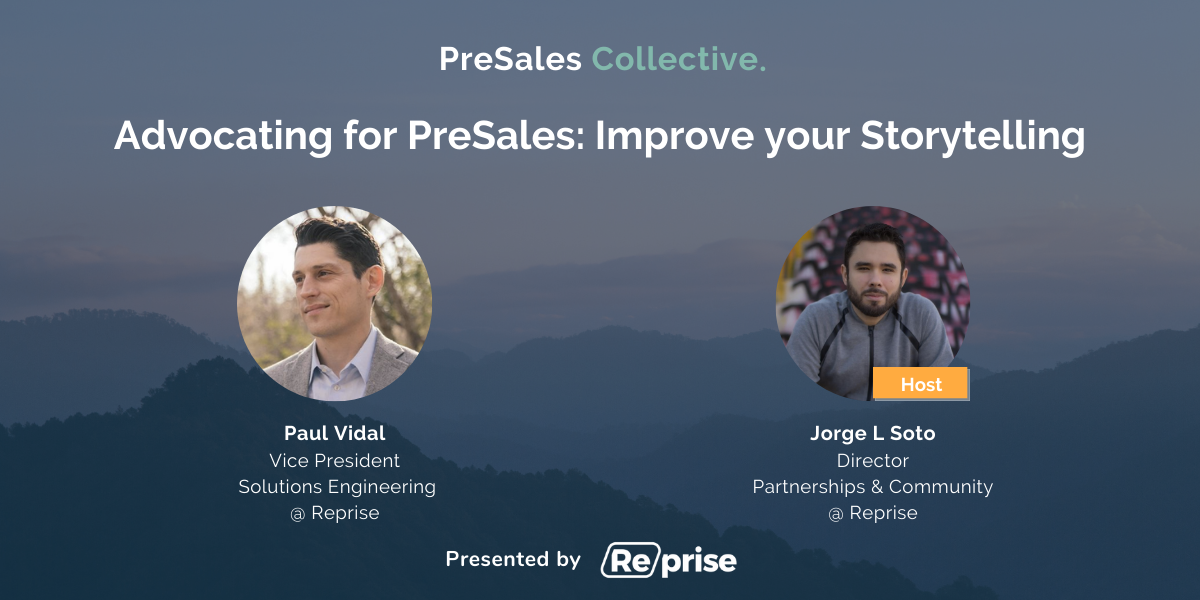 Advocating for PreSales: Improve your Storytelling 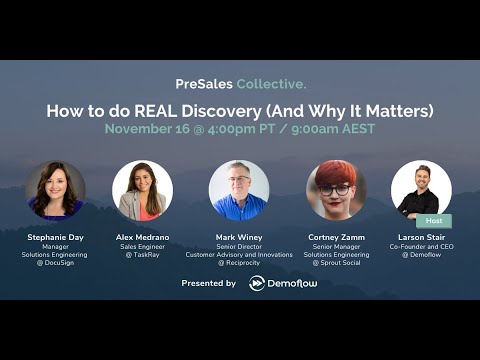 How to do REAL Discovery (And Why It Matters) 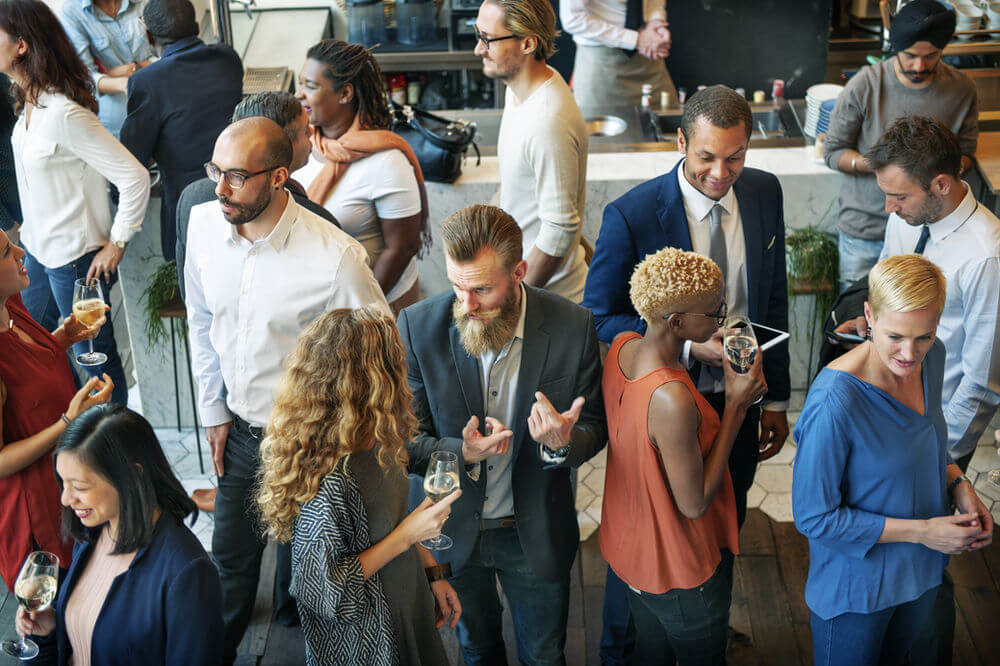 Welcome to the PreSales Collective!