Martin Scorsese: the inspiration for most of my demo videos.

A year ago this month I was asked to make a video of a demo for a customer. It sounded easy. Skip ahead a day and I still wasn’t happy with the product, but I had a deadline, so I handed it off to the customer.

Flash forward to June. I’m sitting in that customer’s offices with their new CEO and my Regional Vice President of sales. We didn’t have an agenda, but I’m asked to pull up the video. I warn the two of them that this was my first video so it’s rough, but we watch it together. We pause every minute or so and chat. It’s summer and it’s warm outside, but I’m hot under my collar having to hear my voice in front of others. The most sobering thing about being a sales engineer is having to hear your own voice. The meeting ends and self-critiques about my videos aside, it was positive. Two days later we landed the new logo customer, and they’re now off doing some really awesome things on Salesforce.

I learned a lot from the first video, but now that I’ve done over a dozen videos this year, I learned a few lessons that I want to share, referencing my inspiration, and favorite director, Martin Scorsese.

Your First Video Will Probably Not be Great

You’ve got talent. You’re Scorsese circa Mean Streets and Taxi Driver. You can drop in some music into your video, like when Robert De Niro walks into the bar and the Rolling Stones crank, and you just feel yourself floating slightly above the ground.

You may not have the budget for the Stones, but it’s ok. Your demo will come across as competent and will probably be talked about. It can help move the needle, but as a sales engineer you know you can do better.

Don’t worry, these things can take some time. Rome wasn’t built in a day, and Scorsese movies arguably didn’t get great until he started teaming with his editor Thelma Schoonmaker.

Have a Good Script

What’s the best script that Scorsese filmed? While Goodfellas may be the most quoted movie, I contend the best script is Raging Bull. As Jake Lamotta devolves into a monster, it’s the script that does the heavy work of taking us down his dark, madonna-whore complex-fueled journey.

Like Raging Bull, your video is going to need a good script. Don’t just hit record and wing it. Spend the time and write. I did a few extemporaneous videos at the beginning and they were all very poor quality. I probably spend more time writing a script for a three minute video than I do recording it. A good script will take your video from the Razzies to being Oscar-worthy.

Find the Time and Space

I find that making videos in the office is difficult if not impossible. Conference rooms are at a premium and there’s a permanent cacophony. I like to record from home because I can block off my calendar for several hours and sequester myself in my office. When making videos, do them in a place where you can be an auteur of your surroundings.

Block off your calendar, get a nice cup of coffee, and hit record. Try to be as heads-down as possible. Movie shoots take months and the post-production process can take even longer. Give yourself plenty of time and don’t rush it. I try to knock out my videos in a single eight hour day. Why? Because I may get sick tomorrow and if I need to re-record audio, my voice may be gone. Or maybe I am committed to another project tomorrow. Videos are a major commitment so don’t be shy about being defensive with your time.

Even if you’re making a video while working from home, there can still be issues. With a toddler in my house, there’s a very good probability she’s crying at any moment. I was recording audio once, and while I knew that my daughter was upset two rooms away, I was confident I could edit out the sounds. My peer reviewed the video and he told me that he could hear her in the background. It was a mild disappointment.

I’m not wild on director cameos in their own movies, like when Scorsese played the guy talking about his wife in the backseat of De Niro’s taxi. To me it’s distracting. After this feedback, I I knew I could do better; I re-recorded that part and it was a better video because of his feedback. Good writing is rewriting, and good videos are not done in a single take.

The movie is much better than this poster.

Scorsese too had to find time and space in his career. After trying and failing to make The Last Temptation of Christ, he wanted to do something smaller. So he made After Hours, arguably his most overlooked movie. It’s a small and more nimble film than his others, but it’s really good. I think that given the constraints of budget and having been dealt a personal blow, this is the only time that Scorsese could have made a movie like this in his career.

I hate to break it to you, but you are not Martin Scorsese. You can certainly aspire to be him in your videos, but you are not him, and your demo videos are not going to be playing on TNT this weekend.

That being said, demo videos should be held to high standards in terms of production and execution. I believe a strong script and decent editing will get you 80% of the way there. You have a right to be a perfectionist. I’ve spent inordinate amounts of time editing small minutia, but the focus of a video should be on content and delivery. But videos can be forgiving, and like Scorsese you can change things after their initial release. The rule of thumb is to remember that your video is something that’ll be seen on the small screen, not the local movie theater. Focus on the value of the solution and your demo video will be a blockbuster.

Post-script: I originally wrote this post before the pandemic. I now believe that making videos at home is now just as challenging as recording in the office. But don't let that deter you. Videos are and always will be an excellent way to showcase the value of your solution will to your customers. Even if this means you can't dedicate as much time to sequester yourself in your home office to knock out the video or edit out background noises, keep making videos. In a world that feels like Groundhog Day every day, making videos as a sales engineer allows me to take creative liberties and pushes me as a solution engineer in novel ways.

Erik is a senior solutions engineer at Salesforce, based out of Chicago. No matter the project, he is motivated to apply his unique blend of business and technical acumen to great use. He is passionate about client relationships, delivering excellence, WOW-ing clients, and tacos.

Connect with Erik on LinkedIn. 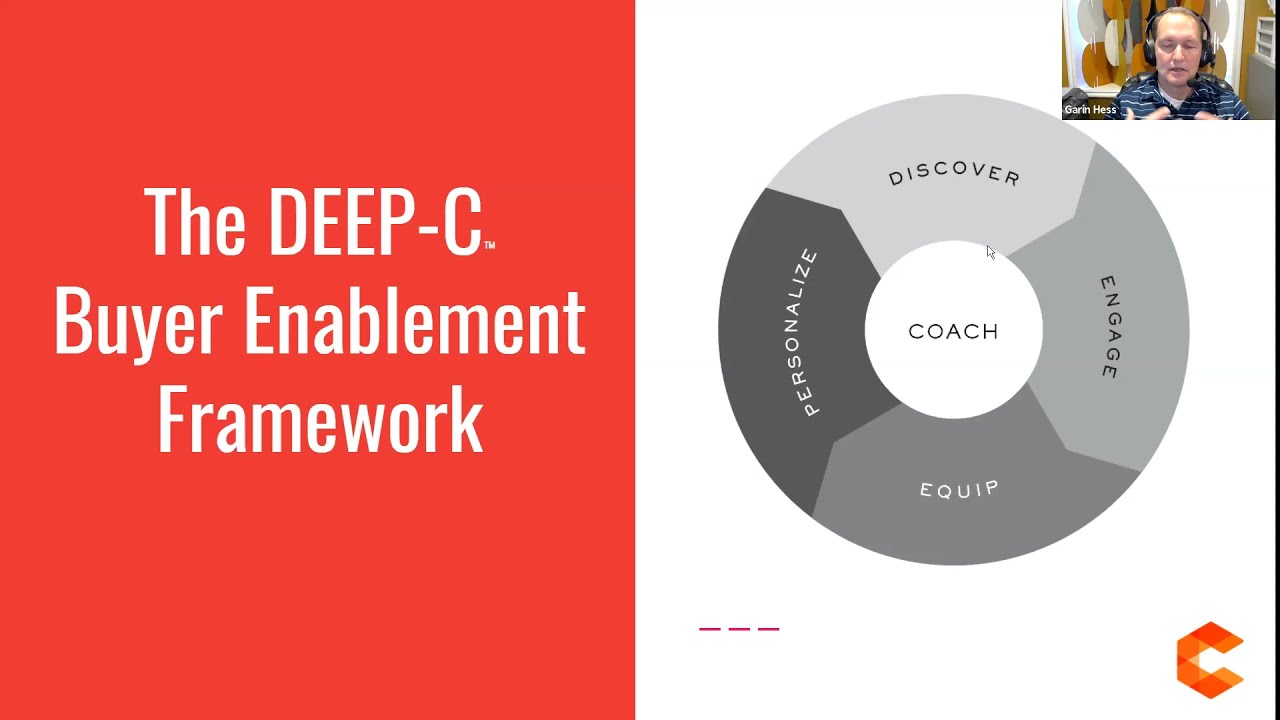 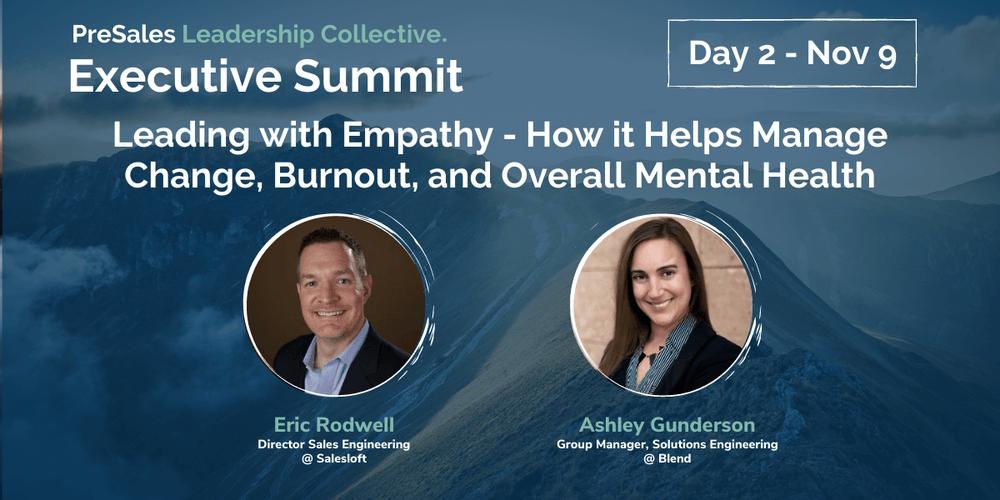 Leading with Empathy - How it Helps Manage Change, Burnout, and Overall Mental Health 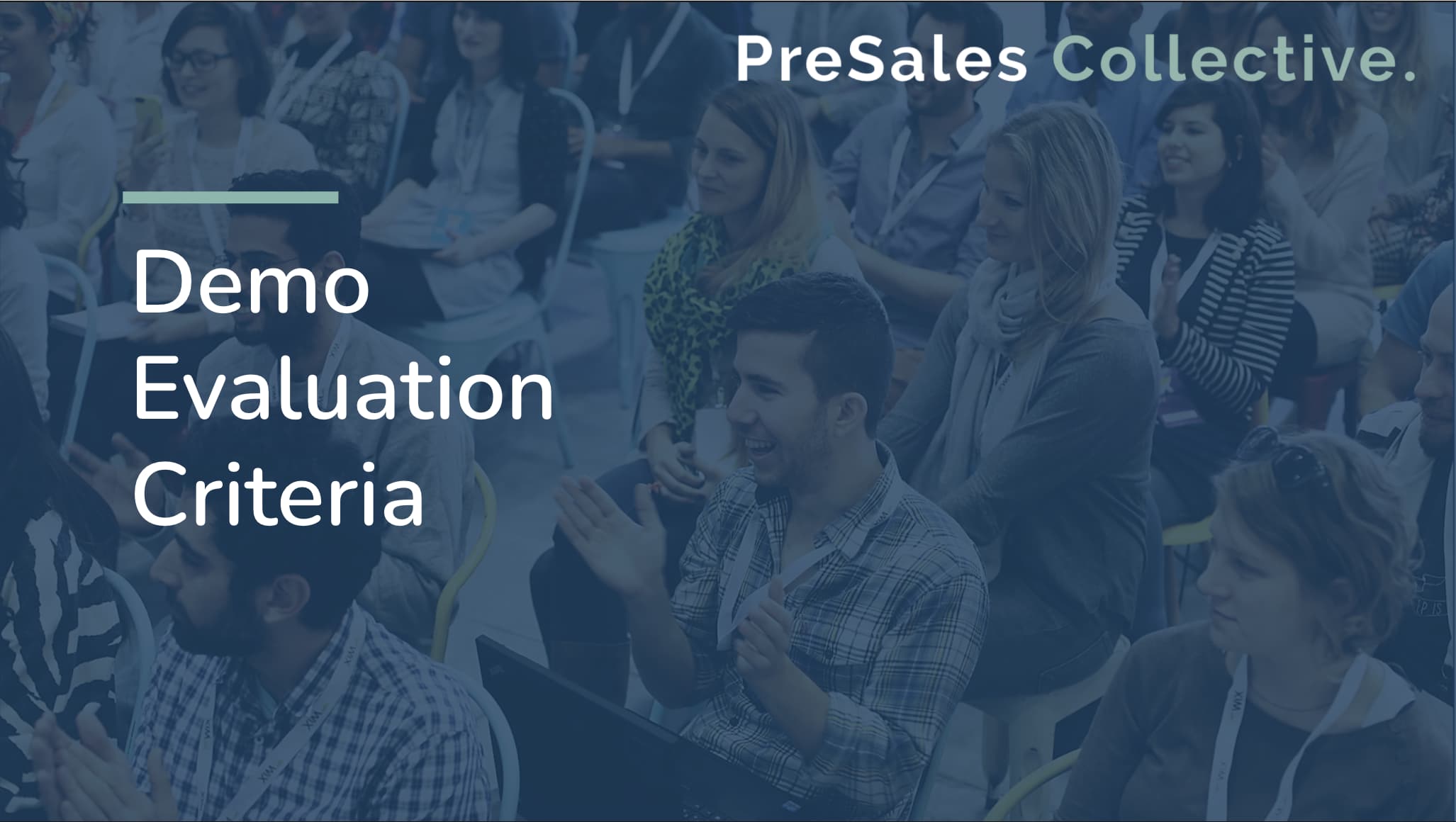 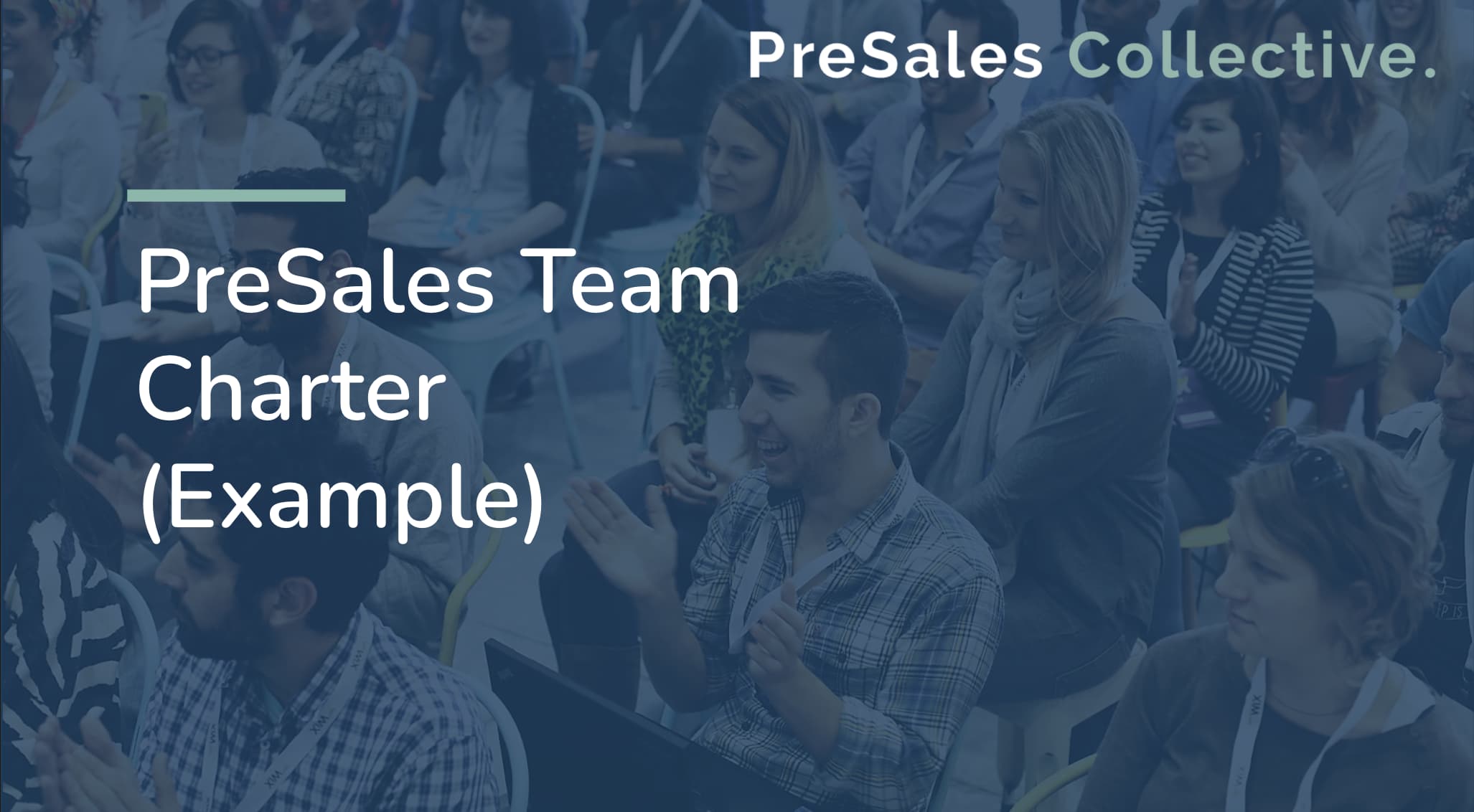